>I can imagine that tick boxer Gradgrind, disciple of  Birbeck’s Utilitarianism, objector to freedom of thought and deviation in class, will ring his hands in despair if faced with the prospect of purchasing an abstract painting and hanging it over his desolate hearth.

At their worse Gradgrinds see imagination as weakness and wholly unnecessary in a civilised society.  Feelings, the very trait that defines humanity are sentimental tosh.  Removing what one deems to be “fanciful thought and practise”, will enable a more productive, dehumanised, Gradgrind  individual.  One overly concerned with the external and material; unable to reach inside and rouse their unconscious feelings; their reality pragmatic and external.

The very connotations of something “Abstract” fly in the face of this concept. Existing in thought or as an idea with no physical or concrete existence, abstract thought embraces concepts such as love, beauty and humanity. Meaning and value is a personal, subjective affair contrary  to a Gradgrindian  deterministic, prescriptive system.
> There is an honesty and purity with abstract art, almost an innocence, it does not attempt to denote art representative  of external reality as interpreted by the collective populace; It is one in the eye for Mr. Gradgrind and his ilk. Challenging and questioning  deep rooted expectations.His shortcomings and insecurity are exposed, he dare not look too closely, disempowered Gradgrind will attempt to hang on to his world of man made belief systemis, unable to cope with that which is not imitatable and plays his game.
The paradox is that abstract art is real, it creates its own reality whilst still retaining the quality of mystique.
This is creative integrity and paradoxically has more to do with reality/ than copying that which externally already exists .
Artist Gerhard Richter…….

“My pictures are devoid of objects; like objects, they are themselves objects.”

Art is, Richter again ” what makes us human…. making sense and giving shape to that sense. It is like the religious search for God”

To paint without reference is not easy because  arbitrary choice and chance play an important part.  When I begin painting I have no idea or plan as to what it will look like when finished. I am looking for balance and rhythm. The painting has to take on its own visual language and inform me when it is finished.   Indeed more often or not it is never finished in the conventional sense and is an evolving process.The painting may say to me, “I am finished” at any stage in its development, when it becomes proper and meaningful to myself or a viewer. It has nothing to do with what I can see, it is what I can feel; the sensation.  I am searching for something else, like Gerhard Richter,
” looking for rightness……. That excludes painting in imitation. In nature everything is always right: the structure is right, the proportions are good, the colours fit the forms. If you imitate that in painting, it becomes false.”
Richter  denounce all content in abstract art, as “without a reason, without a function and without a purpose. This is the quality that counts.” The abstract painting devoid of imitated representation is in fact the work of art in itself.  A complete invention of shapes, colours, and textures  embracing freedom, imagination and passion and in my case the chance encounter between medium and process.
> The work transmits specific feelings, messages, memories or whatever for the viewers personal interpretation.  It makes no attempt to patronise endowing the viewer with autonomy and the freedom to think over and above artistic authorship.
A private exchange between art and viewer enabling and connecting.
allan storer
“Only connect! That was the whole of her sermon. Only connect the prose and the passion, and both will be exalted, And human love will be seen at its height. Live in fragments no longer. Only connect.”
–E.M. Forster, Howard’s End
the epigraph “only connect” suggests a positive imperative for making ties, it also implies despair for the difficulties of making those connections. The story weaves in and out of the tension between ideological visions of connection and the obstacles created by an often hostile world.
Gradgrind
” I had proved my system to myself, and I have rigidly administered it; and I must bear the responsibility of its failures. ……… I have meant to do right.’ He said it earnestly, and to do him justice he had. In gauging fathomless deeps with his little mean excise-rod, and in staggering over the universe with his rusty stiff-legged compasses, he had meant to do great things. Within the limits of his short tether he had tumbled about, annihilating the flowers of existence with greater singleness of purpose than many of the blatant personages whose company he kept.”
Mr. Gradgrind.
— Charles Dickens, Hard Times. 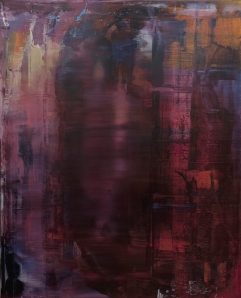